2. März 2021 Hansenautic News
https://codepen.io/dudleystorey/pen/HkwBo
Sehr anschaulich ist auch dieses Video, dass die AIS Aufzeichnungen vor Skagen im Zeitraffer darstellt. Der Film zeigt vier Tage an Anfang September 2020.
This summer, new shipping routes were established in Skagerrak and Kattegat. The purpose is to create more predictable traffic patterns and separate oncoming ship traffic better. The first analyses indicate that the routeing systems work as intended.
At the Danish Maritime Authority, we continuously use digital tools to support our work. In connection with the new shipping routes, we utilise AIS data to assess whether a change has the intended effect.
On some sections of the new shipping routes, so-called traffic separation schemes were introduced in order to simplify navigation and help prevent ship collisions. One example is the traffic separation scheme around Skagen.

Før2.png
Before the implementation of traffic separation scheme (24 June – 1 July, without fishing vessels)

Efter2.png
After the implementation of traffic separation scheme (1 July – 8 July, without fishing vessels)

In the video below, you can see how the ships are sailing around Skagen after the routeing systems have become effective. The video show how the ships sailed in the period from 6 September to 9 September 2020.

In addition to the new traffic separation schemes, two new deep-water routes for deep-draught tankers have been established as well as a new route (Route S) along the Swedish coast, which will help relieve the heavily trafficked Route T. 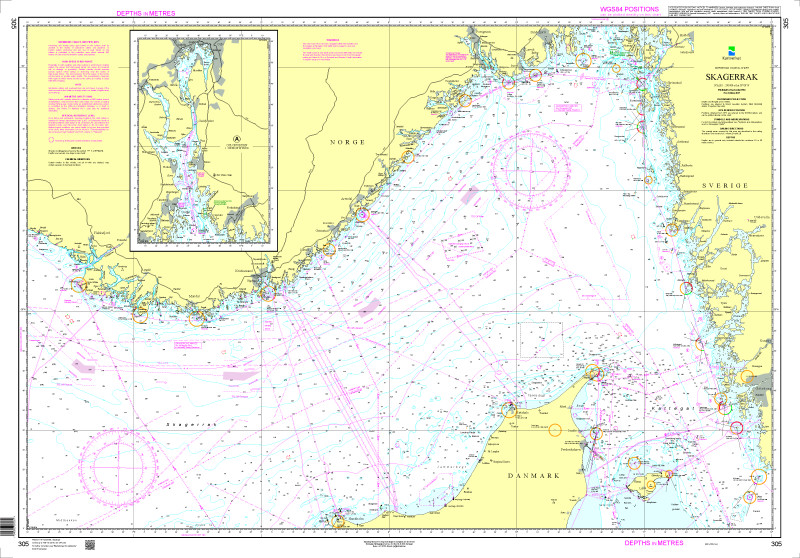