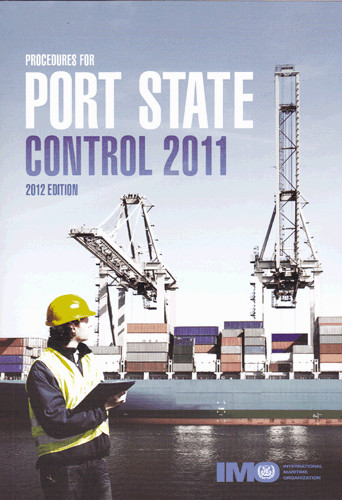 Procedures for Port State Control 2011 , Edition 2012 IB650E Port state control (PSC) involves the inspection of foreign ships in national port areas to verify that the condition and operation of a ship and its equipment comply with the requirements of international regulations. While imo has always acknowledged that enforcement of global maritime standards is the responsibility of flag states, the organization nevertheless recognizes that exercising the right to carry out Psc makes an important contribution to ensuring those standards are implemented consistently on ships of different nationalities. The sub-committee on flag state implementation has developed andmaintained a framework to promote the global harmonization and co-ordination ofPsc activities resulting in the adoption of resolution A.1052(27) by the assembly of November 2011. This resolution contains the Procedures for port state control, 2011, and revokes resolutions A.787(19) and A.882(21).